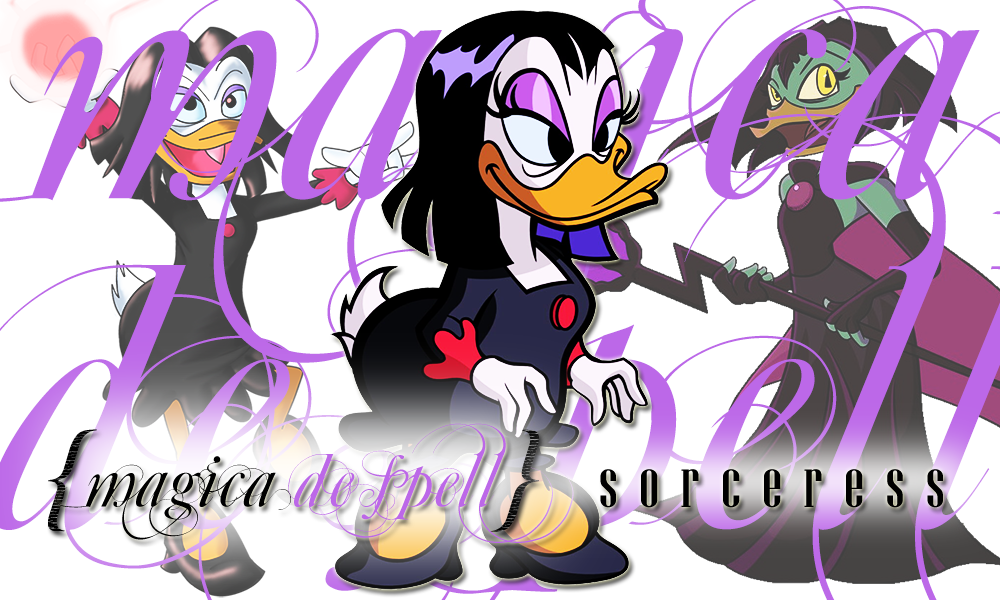 Magica De Spell is a Disney character who first appeared in comics in 1961, always scheming to get Scrooge McDuck's number one dime. Magica appeared in both DuckTales televisions shows (1987 & 2017) and continued her scheming plans there.

Magica is a powerful sorceress and is portrayed as young and beautiful rather than as an "ugly old witch", as most evil witches were being portrayed at the time. She was modeled after beautiful Italian actresses (Sophia Loren & Gina Lollobrigida).

Although Magica is the villain, she is still very likeable and her strong passion makes her very intriguing and fun to watch.