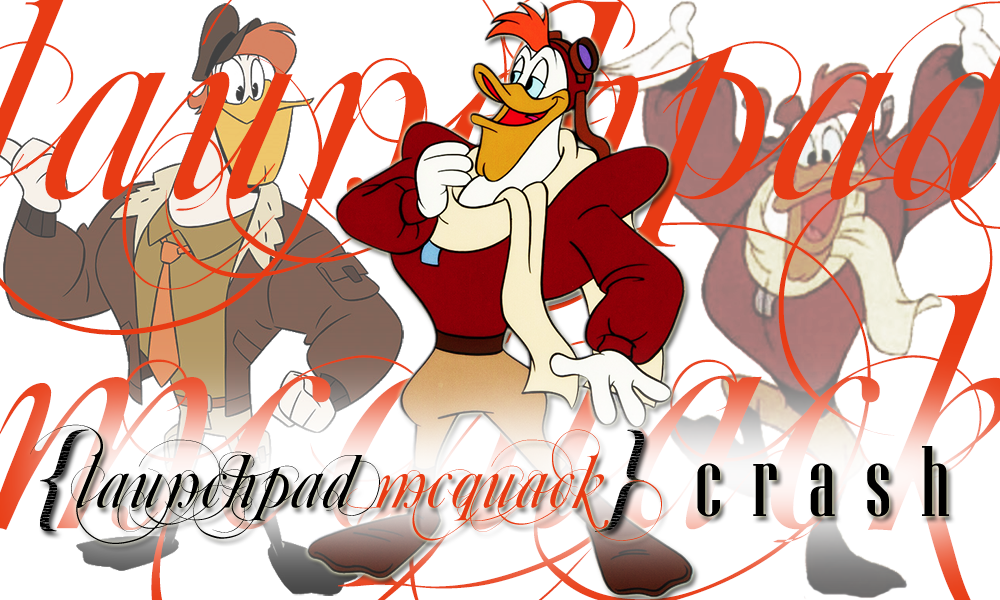 Launchpad McQuack (voiced by Terry McGovern & Beck Bennett) was first introduced to us in the Disney cartoon DuckTales (1987) and later in the 2017 reboot. He was Scrooge McDuck's pilot... And he was very proud of his crash status.

He walked away from every one!

Launchpad would go on many adventures and treasure hunts with Scrooge and his nephews. He would also have to fight for his family name and fight to prove himself to his own family.

After DuckTales ended, Launchpad appeared in another Disney cartoon called Darkwing Duck. He would join Darkwing on his quest for justice. He would have the same silly personality and humor that he had in his first cartoon, and he would go on more adventures and missions.