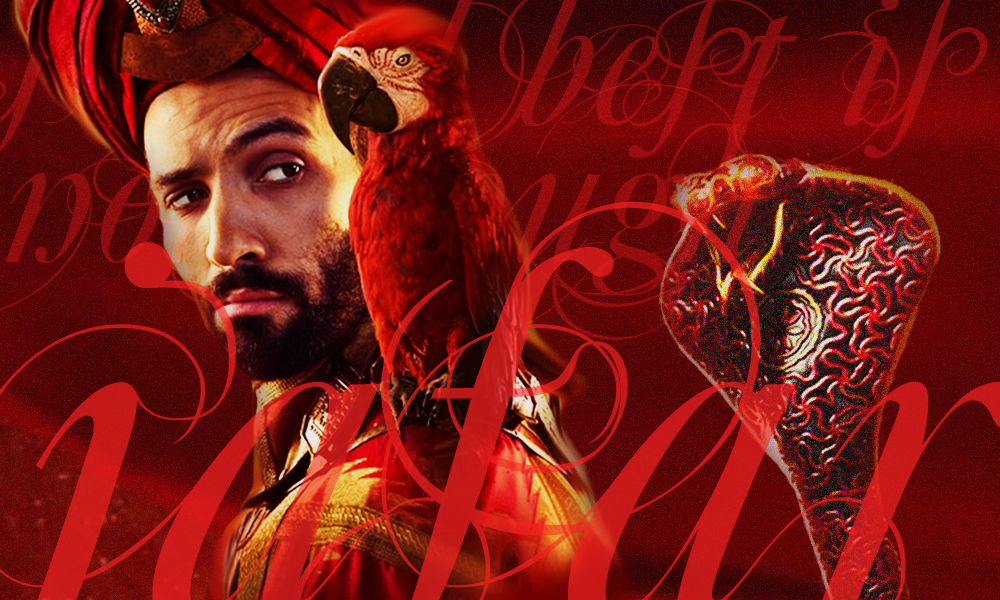 Jafar is a character from the Disney animated and live action film (released in 1992 and 2019, respectively). In the live action film, Jafar is portrayed by Marwan Kenzari. And Jafar is just as despicable as ever!

In the film we are given a bit more backstory on Jafar, and learn he was a lot like Aladdin. His ambitions and dedication lead him to become a vizier to the sultan. But he has his eyes on something much higher than that...