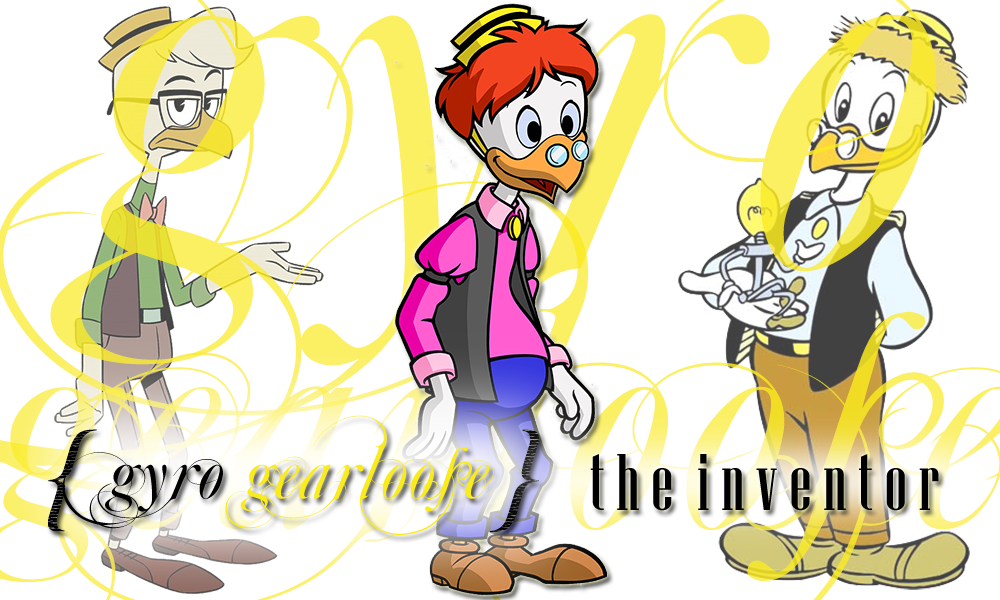 My very favorite cartoon is DuckTales (1987 & 2017). A great Disney tv show that ran for two seasons, spanning three years (1987) and a reboot in 2017. It's the very best cartoon in my book. And one of the many reasons it is so great is the characters. They are so memorable and funny. Everything you could ask for.

Gyro Gearloose is a great character. He's an inventor, he's brilliant. But don't use him, he'll get mad and travel in time :)

Gyro has invented many great things that have made some episodes very entertaining and adventurous. He's invented a time machine, at least twice. One out of a bathtub, and another used a glowing multicolored popsicle as fuel. It was very cool!

Gyro is a good friend to the main characters and helps out when needed. He even is in with spies and medieval kings. He is always there to lend his expertise and handy inventions to Scrooge and he's a great guy to know.