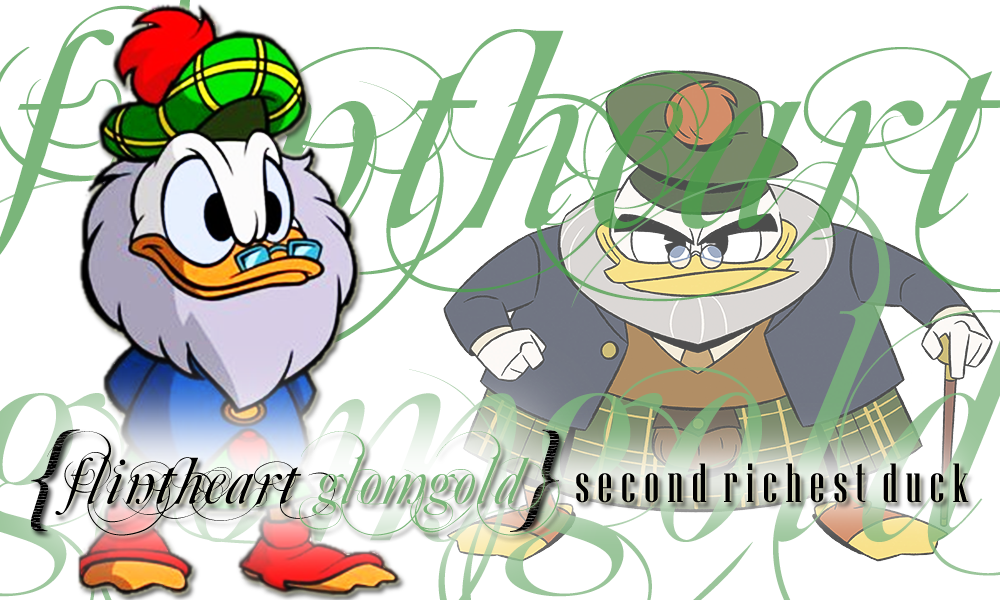 My very favorite cartoon is DuckTales (1987 & 2017). A great Disney tv show that ran for two seasons, spanning three years (1987) and a reboot in 2017. It's the very best cartoon in my book. And one of the many reasons it is so great is the characters. They are so memorable and funny. Everything you could ask for.

Glomgold hires The Beagle Boys in many of his schemes and gets pretty close to achieving his goals many times, but Scrooge always seems to be a step ahead and is able to thwart his efforts. That doesn't stop him from trying, however.

Glomgold is a villainous adversary and is quite entertaining himself, despite his evil intentions...